Vanuatu has taken gold medal in table tennis in four events in an exciting evening at Samoa 2019 XVI Pacific Games.

Vanuatu won gold in the women’s doubles at Harvest Centre, Faleata, beating Fiji. New Caledonia took the bronze. Vanuatu took the lead early on, and defeated Fiji with a score of 3-0. 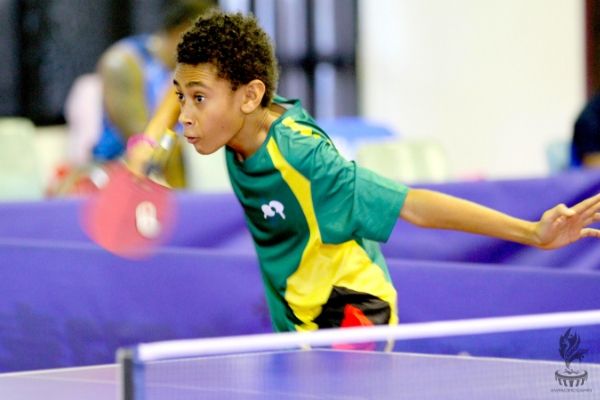 Team member Ham Lulu, speaking on behalf of both men’s and women’s teams, said their success was down to good communication.

"Well, we talk a lot, we talk within partners, we communicate and find strategies to play and perform. If we fail, we have to find another way. I think that’s the one thing that helps a lot."

He gave a message of encouragement to people back in Vanuatu. "Do whatever you like. If you enjoy sports, do it with your heart. If you love whatever sport you’re playing, whatever you do, enjoy it because life is too short."

Silver medalists Grace and Sally Yee of Fiji said they were philosophical about their placing. "We feel very happy, it’s something at least," said Grace Yee.

Asked if it would change their preparation for future games, Sally Yee said they'd  "be more aggressive and have more fighting spirit."

"We learned many things. We learn from our mistakes so maybe next time we should move forward together for gold."

Vanuatu took the match with a score of 3-0.

Shing said: "I think I played well tonight compared to some of the matches I played. I wasn’t really nervous - I told myself, 'I’m already in the finals, what can happen?'

"I just played my game. That was the first finals that I wasn’t nervous, I was just having fun. But I played really well and I’m happy for the team and for myself. I’m really happy."